What is Smart Antenna Technology?

It’s one of the latest innovations in wireless communication that makes use of the diversity effect of the transmitter/source, the receiver/destination or both.

What is the diversity effect?

It involves the transmission and/or reception of different radio frequency waves in order to improve data speed while also reducing the error rate.

They work while the receiver arrays with smart signals are processing algorithms that can distinguish a spatial signal signature.
They are effective at identifying the arrival or direction of a specific signal, and then using it to form beams that allow the array to find or track the beam of an antenna on a target.
This system allows smart antennas to allow multiple signals for handling in their array without any of the signals interfering with one another.

Just to give you an example, one antenna is used at the transmitter in a traditional wireless communication, and another antenna is also being used at the receiver, a system called single input, single output (SISO).
However, it is vulnerable to issues due to the different effects. For example, an issue can occur when an electromagnetic field faced obstructions, including canyons, buildings, hills and utility wires, among others.
With the scattered wave fronts, they take different paths in order to get to their destination.
As a result, there is a delayed arrival of the signals, which at this point, are scattered, leading to the cliff effect characterized by a cut out or fading signal along with picket fencing or intermittent reception.
If this problem occurs in digital communication system, it can increase the number of errors while reducing data speed.

On the downsides, smart antenna systems are larger in size than traditional antennas, complex in design and expensive.

When it comes to applications, a smart antenna technology is used in satellite systems and efficient in wireless and cellular networks.
It can also be used to countermeasure electronic jamming during an electronic warfare and useful in radars.
In addition, a smart antenna can deliver a higher gain for the specific signal in the interest’s direction. 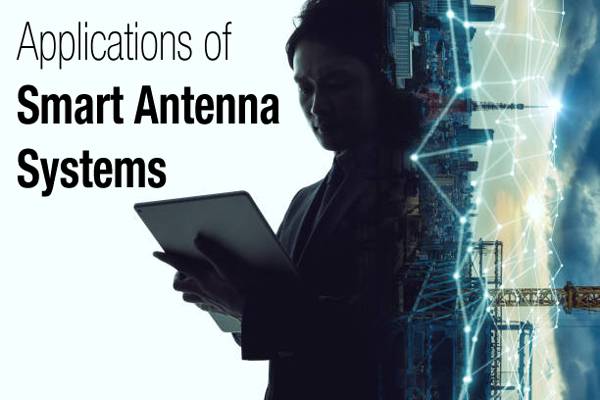 How Does GPS Work in Cars?

How to Convert RV Water Heater to Tankless?

How to Charge RV Battery while Driving?

How to Charge RV Battery From Vehicle?

How Does GPS Work in Cars?

How to Convert RV Water Heater to Tankless?

How to Charge RV Battery while Driving?

How to Charge RV Battery From Vehicle?

What Type of Caulk to Use on Your Camper?

What is an SLA Battery? (Sealed Lead Acid)